Gajah Gallery is proud to announce its upcoming group exhibition at Lokanat Galleries in Myanmar, curated by Barnaby Martin.  This groundbreaking exhibition will run from 18 – 24 Oct 2013 and it will be the first significant art show in Myanmar to feature major foreign artists, including the important Indonesian and international contemporary artists; Handiwirman Saputra, Putu Sutawijaya, Mangu Putra, Yunizar, Ai Wei Wei, Ashley Bickerton & Ahmad Zakii Anwar.  All the artists involved are highly respected in their own rights, but the undisputed star of the show will be Lokanat Galleries itself, with its strict code of conduct (Please refer to the attachment).

Jasdeep Sandhu, the owner and founder of Gajah Gallery, together with Barnaby Martin, the curator of the show, spent a year trying to find the perfect exhibition space in Yangon, and in Lokanat Galleries they believe they have found it.  Established in 1971, Lokanat is located on 62 Pansodan Street in Yangon.  It is a not-for-profit organization, uncorrupted by money and power, and its goal is to help artists who are pure of heart.  There are very few such art outposts left anywhere in the world: “The gallery is a complete trip” commented a delighted Sandhu.

Lokanat founders, U Ba Than and U Ye Htun, are adamant that all artists who exhibit in the space have to embody the organization’s philosophy.  Borrowing its name from the venerated Buddhist deity and protector of the universe, Lokanat aims to operate according to the principles of its patron saint.  The ethos of the Lokanat code of conduct, as well as the physical space of the gallery itself, stand in stark contrast to glamorous European exhibition locales such as the Palace of Versailles with its majestic grand halls and ornate 17th century architecture.  Rusty, old power boxes stick out from the walls; electric wires coil like creepers up from the stair-well; the crumbling floor is patterned in art deco–style tiles after the fashion of the terrazzo tile flooring that was popular in Europe in the 1930s.   Preserved in aspic through the long decades of military rule, Lokanat is a living relic of an older, purer conception of what an art space should be.

Presenting these leading world artists at Lokanat will allow them to show their work in a context far removed from today’s world of auction houses and high-end galleries.  This exhibition will give rise to a new and unique dialogue that the contemporary art world has not encountered before and the art will be devoured by a hungry Myanmarese art public who have been starved of art for so long.

It is our hope that through this show we can humbly imprint these artists into Lokanat’s history, leaving behind footprints in Myanmar’s proud artistic heritage and contributing to the intellectual discourse of contemporary art. 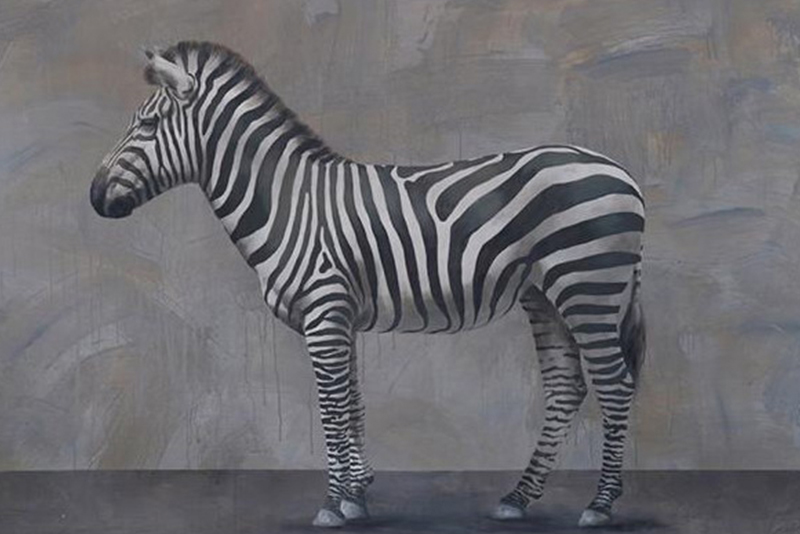